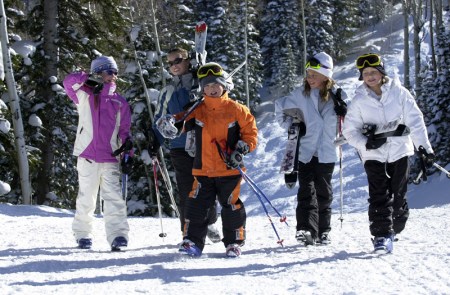 Now that final exams are history, students seem to have that extra bounce. After all, winter vacation awaits them, and if they listen closely, they hear their peers planning Spring Festival outings and activities. If you're hurting for ideas, perhaps the following three case studies will give you some in spiration。

Xu Qiushi is about to graduate, and he and some Central China Normal University classmates wanted to document "the most amazing four years of our lives". They did it with Four Years。

Every day, Xu and his buddies head to the teaching building to piece together their happy college memories, with each student playing himself. In one scene, four roommates re-enact their first encounter: "Flashing back to these critical moments has helped us cherish our friendship."

In another, two friends re-enact a tense encounter and try to clear up the misunderstanding: "The two guys hug each other after having drifted apart. They drink a beer and say farewell to an unhappy incident," explained Xu

Li Li, of the Wuhan University student affairs office, says that many students have documented their college life. "The [new generation of students] films anything that arouses their interest," Li said. "They want to write their own histories."

Some students, like 19-year-old freshman Nan Zhichao, have decided to use the winter holiday to get some exercise. Nan and a group of classmates are going on their own cycling tour of Hainan。

The Huazhong University of Science and Technology information major planned the whole project himself. From booking accommodations to collecting mechanical supplies, to studying the weather forecast, to drawing out the route for each day, Nan worked hard to make sure every detail was right。

"This trip is not only about pushing our limits, but also about looking for adventure," said Nan. "It's [also] a testament to being adults, and part of a new generation of college students."

Now in Hainan, Nan's team is pedaling around in T-shirts and shorts, shedding some of the weight they gained during the fall semester, and strengthening the bond of their friendships. Said Nan: "We now know each other way more than we used to, even after months of living together."

Shi Yiyang, a professional cyclist working at a Beijing-based training center, likes the idea of using the holiday to get some exercise. Yet Shi cautions students to make sure they don't push themselves too much. After all, no one wants to be nursing an injury during Spring Festival。

谱写罗曼史 Love in the air

Spring Festival is a great time to test the bonds of romance, say, with a trip to France. This idea came to Su Enlu and his girlfriend one day. They were talking about the possibility of a weekend trip when Su said, half-jokingly, that they might just go to France。

The more they thought about it, the more plausible it sounded. After all, they both like the country. In their eyes, there's no place more romantic than Paris。

After doing some online research and talking with people who'd been there, they decided to take the plunge. To prepare for it, they read French history and tested each other in basic French language。

"This has been one of the happiest seasons in our three-year relationship," said Su, a 22-year-old English major at the University of International Business and Economics。

Su saw no problem with asking his parents to fund the trip for about 10,000 yuan from each side. "I'm seizing the day," he said. "Later, when I have that much money, I might not have time to enjoy it."

The couple haven't been to foreign countries. But in order to secure a visa, they went for travel agency to take care of their application. Moreover, they asked friends who study in France to be their contact person and arrange some cheap accomendations during their stay abroad to save money as much as they can。