新东方在线0元免费畅学窗口
Make things with your hands 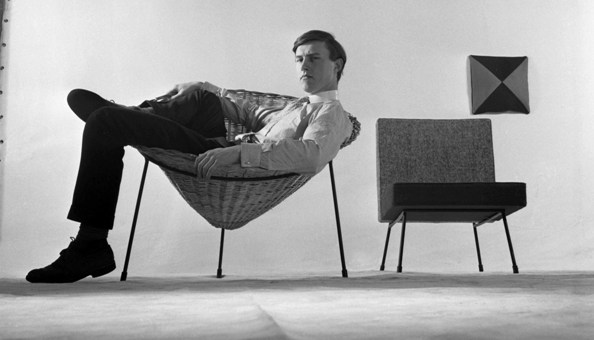 A DESIGNER, restaurateur and retailer, Sir Terence Conran has significantly influenced the way we live and eat in Britain over the past five decades. Beginning in 1964, his Habitat chain of stores helped to introduce simple, well-designed housewares at affordable prices. Decades later, his restaurants did much to introduce the country to fine and stylish cuisine.

Sir Terence remains busy: having turned 80 in October, he recently launched a collection of housewares for Marks & Spencer. A new retrospective of his work is also now on at London’s Design Museum. That this museum even exists is in part due to Sir Terence’s work in establishing its forerunner, called the Boilerhouse, in the basement of the Victoria and Albert Museum in 1982. The project’s success led to the opening of the Design Museum in 1989 at its current spot in Shad Thames. Over the past 30 years the Conran Foundation has supported the museum to the tune of £50m.

Why did you feel strongly about creating a design museum in London?

I’d always been fascinated by Milan’s Triennale in my early years as a designer. I saw how stimulating and influential it was for both students and manufacturers to see the design of the best contemporary products in the world. I started to dream about how something similar could happen in the UK—so when I made serious money through the flotation of Habitat I set up the Conran Foundation with the idea of creating a permanent home in the UK for the display of modern design.

Unlike many young designers today you learned how to make many things with your hands, from brick-laying and pottery to welding. Do you think that was important for your career as a designer?

Absolutely—I have always related my work to the manufacturing process and never designed anything I wouldn’t know how to make myself. As a small child I remember my favourite present was a bag of wooden off cuts and a pretty basic tool kit. After much pestering, my mother gave me a space for a small workshop and allowed me to set up a wood fired pottery kiln. There is no doubt it is where I first began to develop the curious mind of a designer. I think it is vital for any designer to roll their sleeves up and get heavily involved in the making process because it helps you get a deeper level of understanding about design and how it relates to the consumer.

Do you think all designers should learn to 'make' things without using a computer?

While we must embrace computers, we must not become slaves to them—the best ideas always start with an HB pencil and a sheet of plain paper.