More Americans Calling it Quits: Another Sign the Job Market May be Better Than it Looks 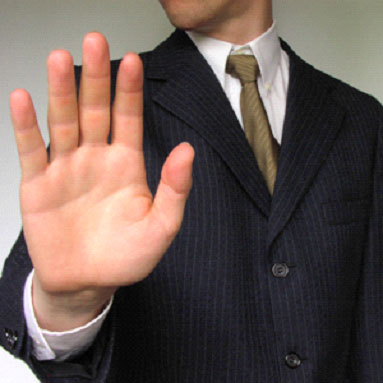 With 14 million people unable to find work and job prospects seemingly bleak, why are more employees calling it quits?
According to government data released last week, in the first nine months of the year, about 17.3 million people left their jobs by choice. That's up 9% from last year, when  just under 16 million people called it quits through September. And that rate appears to be increasing. In September alone, just over 2 million told their boss they were taking a hike - the most since November 2008 - an 11% increase from a year earlier.
Perhaps surprisingly, economists generally believe that when more people begin quitting their jobs that's usually a sign that the job market is improving. "We have lots of evidence that shows that higher quits is associated with a better labor market," says Steven Davis, a professor and labor economist at the University of Chicago. The reason is that people tend to quit when they are confident they will get another job. But like much else during this recovery, rising quits could be indicating something different this time around. Here's why:
Heather Boushey, an economist at the Center for American Progress, cautions reading too much into the rise in the number of people quitting this time around. The proportion of the workforce opting to take a hike reached its lowest level in a decade in early 2010 as fear trumped unhappiness on the job. Recent studies have shown that workers satisfaction has dropped dramatically in the past two years. "If you have been working under a boss that you hate since 2007, four years could be all you can handle," says Boushey. "There's a lot of pent-up frustration." So the question is are people quitting because they have a new job, or are they at the point where they are just willing to take their chances. The data points to the former.
According to a report out from the Labor Department today, the number of people applying for new unemployment benefits last week dropped to its lowest level in seven months. What's more, people's opinion of their job prospects clearly seem to be improving. According to a recent survey by job-search site Snagajob, 44% of respondents who quit in the past year did so believing they would find a better opportunity elsewhere, up from 31% the year before.
Of course, none of this is probably enough to correct the real problem in the labor market, which is the 9% unemployment rate. We will need new jobs for that. But movement in the workforce is a good thing. It puts pressure on employers to raise salaries so that they can retain workers. But the fact that employed people are finding it easier to find new jobs, while the time it takes an unemployed person to find work is the highest it has been in the post WW II period, is another sign of just how bifurcated the current job market is, and why a high unemployment rate may persist, even after the economy improves. (508 words)