Will 10 Billion People Use Up the Planet’s Resources? 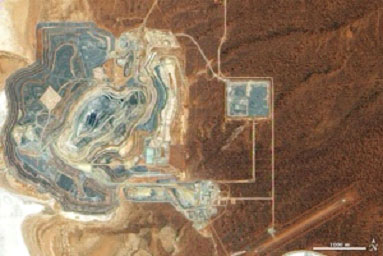 The human enterprise now consumes nearly 60 billion metric tons of minerals, ores, fossil fuels and plant materials, such as crop plants and trees for timber or paper. Meanwhile, the seven billionth person on the planet is expected to be born this year—and the human population may reach 10 billion by this century’s end, according to the latest United Nations analysis. Hundreds of millions of people in Europe, North America and Asia live a modern life, which largely means consuming more than 16 metric tons of such natural resources—or more—per person per year. If the billions of poor people living today or born tomorrow consume anything approaching this figure, the world will have to find more than 140 billion metric tons of such materials each year by mid-century, according to a new report from the U.N. Enviromental Programme.

Figuring out how to do more with less is becoming a global necessity.

The good news is that economic prosperity has been rising faster than direct resource consumption. Between 1980 and 2002, the resources required to produce $1,000 worth of consumer goods fell from 2.1 metric tons to just 1.6 metric tons and global per capita income has increased seven-fold. The bad news is that trend will not necessarily continue and—in absolute terms—resource consumption has increased 10-fold since 1900.

Of course, a wide array of national governments and even the international community have committed to "sustainable development," variously defined but essentially attempts to reduce things like energy use or resource extraction that go along with economic growth. Those lofty goals, however, do not match up to facts on the ground.

The U.N., for its part, plans to launch an effort similar to the Millennium Development Goals to curb resource waste, greenhouse gas emissions and the like, and Swiss scientists have come up with a plan for a " 2,000 watt" per person society, which aims for reducing each European’s energy use by roughly one third.

But that type of approach, in order to be effective, would need to paired with a mindset no longer driven by gadget lust. After all, technological leapfrogging, such as from burning wood for light and heat to lighting a bulb with electricity from photovoltaic panels requires a shift from consumption of biomass to consumption of minerals, which differ only in the type of impact on the planet. Nor is it clear that "decoupling"—rising economic growth paired with reductions in resource consumption—actually is now taking place; most gains to date, such as those in Germany or Japan, may simply have been achieved by outsourcing resource-intensive manufacturing.

High prices for commodities, in and of themselves, will drive more efficient use of such resources, but that may not be enough to prevent the total depletion of world’s resources and attendant environmental apocalypse, according to the new UNEP report. Ultimately, the quantity of resources consumed by the nearly 7 billion of us on the planet will need to average out to six metric tons per year per person—a steep cut in the resources currently enjoyed by people in Australia, Canada, Europe, Japan and the U.S. As it stands now, an average American uses 88 kilograms of stuff per day and, all told, our modern gadgets require at least 60 different elements, ranging from the toxic to the treasured, such as gold. These devices fuel the same kind of exploitative and annihilating resource-extraction that has been a hallmark of consumption since at least the ivory craze of Victorian England or the relentless pursuit of whale oil in the 19th century and earlier.

"People believe environmental ‘bads’ are the price we must pay for economic ‘goods,’" said UNEP Executive Director Achim Steiner in releasing the report on May 12 and calling for an increased effort to decouple economic growth and resource consumption. "However, we cannot, and need not, continue to act as if this trade-off is inevitable."