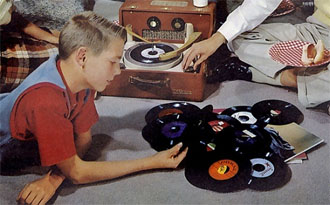 THE proliferation of media, enabled by the internet and the new consumer devices that access it, has also driven the decentralization of media. As recently as 15 years ago, if you wanted to catch up on the news, you could look at a handful of publications or a few nightly programmes. And if you wanted to listen to music, you could turn on MTV or fiddle with your radio. People in major cities had more options, because a large population can support specialty shops, but in vast swathes of the world you had to work to get outside the mainstream.

Today, as we all know, access to information has exploded. One consequence, according to Touré, a cultural critic writing in Salon, is that the ability of pop culture to unify us—he refers to the massive interest in Michael Jackson"s Thriller, or Nirvana's Nevermind—has been eroded, probably forever. Steven Hyden counters that whatever the advantages and disadvantages of a centralised pop-culture authority, the monoculture never actually existed.

I think Mr Hyden is correct that the concept of a "monoculture" is a bit of a myth. Even when it supposedly existed, its content largely depended on other characteristics of your little corner of the world. In the 1992-1993 school year, I was a student at a multiracial and relatively urban junior high school in California's central valley. We listened to Salt-n-Pepa, Snoop Doggy Dogg, and Kris Kross, with the latter having inspired a trend in which kids wore their clothes backwards. The next year I was enrolled in a mostly white junior high school in leafy Chicago suburb. One of the houses was famous for having appeared in the 1990 film "Home Alone"; the popular bands were Nirvana, Hole and the Smashing Pumpkins; and the biggest pop-cultural event of the school year was Kurt Cobain's suicide.

But Toure's point is about the virtues of common cultural experience. It seems he's reminiscing about centralised media only insofar as it's a distribution system that fostered that outcome. And it's true that the ways we now consume pop culture to some extent level the playing field. It doesn't matter whether a record is released by an important label or an indie: if it's online, people can usually find, forward, share and promote it. But what's interesting—and perhaps surprising, given that both Touré and Mr Hyden seem to agree that the old distribution favoured big media—is that we still have widely shared cultural experiences. This summer Katy Perry, a pop singer, tied Michael Jackson's record for having five #1 singles from the same album (Teenage Dream in Ms Perry's case, and Bad in Jackson's). Or think of Barack Obama doing the little hand gesture from Beyonce's "Single Ladies" video.

That suggests that we like pop culture partly because it's a shared experience, regardless of quality. This seems to be a feature that is burnished by nostalgia and reinforced by additional rounds of criticisms and analysis. So it may be that the things we think of as part of a previous era's monoculture were actually merely popular at the time. We can argue that Nevermind was the most influential album of 1991, or the best, but it wasn't as big as Garth Brooks's Ropin' the Wind. In Britain in 1995 Oasis released (What's the Story) Morning Glory?; Radiohead released The Bends; Pulp, Different People; Blur, The Great Escape. Each of these albums holds up pretty well and has plenty of fans. But the biggest-selling album in Britain that year was Robson & Jerome's self-titled debut. It's safe to say that the monoculture never really existed, and that some artists still reach a wide audience, whether we like it or not.