Never Too Old to Quit 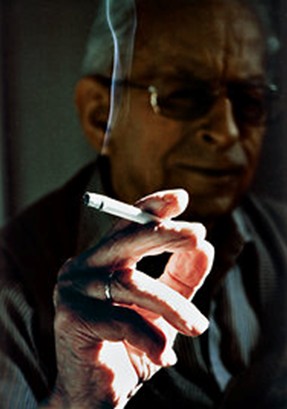 Perhaps you’ve heard of the “damage is done” scenario. An elderly family member started smoking as a young person, maybe a teenager, tucking a pack of cigarettes into his rolled-up shirtsleeve or into her purse. Decades later, despite wall-to-wall anti-smoking ads, despite smoking being outlawed in nearly every public space, perhaps despite family pleas or doctors’ admonitions or even a heart attack, that person remains a smoker.

What’s the point of stopping now, he or she figures, when my body has already suffered the consequences of a lifetime of tobacco addiction? The damage is done, isn’t it?

Dr. Kleykamp added. “They think, ‘Eh, I’ve lived this long. It’s really not so bad. Why quit now? Let me enjoy my last years.’” Sometimes, she said, their doctors concur.

But in their article, The Older Smoker, recently published in The Journal of the American Medical Association, Dr. Kleykamp and Stephen Heishman, a nicotine researcher at the National Institute on Drug Abuse, argue that the damage isn’t done.

Even at older ages, she said in an interview, people who wean themselves from cigarettes can feel better, possibly improving enough to stop taking certain medications, and may even ward off cognitive decline. In short, they may have better and possibly longer lives. Even a month without cigarettes can significantly lower blood pressure, for example.

Conversely, though all of us are prone to binary thinking about old age — we’re fine or we’re outta here, as if we have on-off switches — continuing to smoke can make seniors’ final years much worse, exacerbating a long list of chronic diseases. Smokers who enter hospitals will endure withdrawal along with other unpleasantness, and nicotine patches aren’t necessarily comfortable substitutes. Smokers have higher rates of hospital delirium, Dr. Kleykamp pointed out, and they heal more slowly after surgery.
As for smoking’s effect on the aging brain, still a topic of debate, an Australian study published this spring used standard cognitive tests and brain scans to detect differences among three groups: older adults who’d never smoked, those who’d enrolled in stop-smoking programs and successfully quit, and those who tried to quit but didn’t succeed. After two years, the quitters showed cognitive decline similar that of those who’d never smoked; the ongoing smokers showed greater decline than either. So the damage apparently wasn’t all done — it continued.

The good news for older smokers is that under the Affordable Care Act, Medicare now covers smoking-cessation counseling for any beneficiary who wants to stop. A quarter of older smokers have already made an attempt.

And Part D drug plans cover medications — patches, gum, pills — in most states. “We know that the best treatment is a combination of pharmacology and counseling,” Dr. Kleykamp said. You’d think that reducing smoking among the elderly population would save Medicare a boatload of money.

The not-so-good news, though, is that doctors and researchers know very little about tobacco’s biological effects on older people and therefore about which treatment methods are most likely to work in this particular population. In tobacco research, as in clinical trials generally, older adults are underrepresented. In a review of 15 rigorous studies on withdrawal symptoms, for example, participants’ average age was 38. That won’t help much.

So Dr. Kleykamp is calling for more age-specific research on what tobacco does to older bodies and on how to turn older smokers into older ex-smokers. “We have a lot of friends and family living very long lives, and whether we like it or not, they’ve held on to some addictive behaviors,” she said. “They may need or want to stop, and we need more information about how to help them.”