How to save the euro 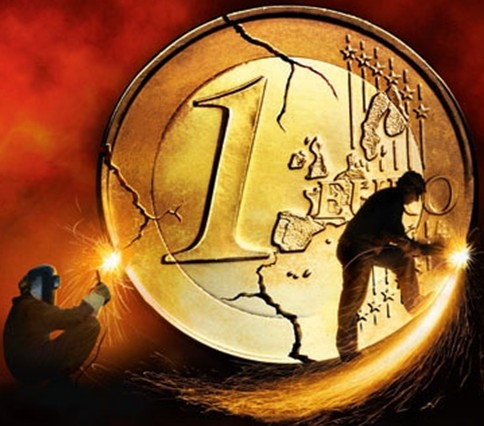 SO GRAVE, so menacing, so unstoppable has the euro crisis become that even rescue talk only fuels ever-rising panic. Investors have sniffed out that Europe’s leaders seem unwilling ever to do enough. Yet unless politicians act fast to persuade the world that their desire to preserve the euro is greater than the markets’ ability to bet against it, the single currency faces ruin.

It is a sobering thought that so much depends on the leadership of squabbling European politicians who still consistently underestimate what confronts them. But the only way to stop the downward spiral now is an act of supreme collective will by euro-zone governments to erect a barrage of financial measures to stave off the crisis and put the governance of the euro on a sounder footing.

A rescue must do four things fast. First, it must make clear which of Europe’s governments are deemed illiquid and which are insolvent, giving unlimited backing to the solvent governments but restructuring the debt of those that can never repay it. Second, it has to shore up Europe’s banks to ensure they can withstand a sovereign default. Third, it needs to shift the euro zone’s macroeconomic policy from its obsession with budget-cutting towards an agenda for growth. And finally, it must start the process of designing a new system to stop such a mess ever being created again.

The fourth part will take a long time to complete: it will involve new treaties and approval by parliaments and voters. The others need to be decided on speedily (say over a weekend, when the markets are shut) with the clear aim that European governments and the European Central Bank (ECB) act together to end today’s vicious circle of panic, in which the weakness of government finances, the fragility of banks and worries about low growth all feed on each other.

So far the euro zone’s response has relied too much on two things: austerity and pretence. Sharply cutting budget deficits has been the priority—hence the tax rises and spending cuts. But this collectively huge fiscal contraction is self-defeating. By driving enfeebled economies into recession it only increases worries about both government debts and European banks. And mere budget-cutting does not deal with the real cause of the mess, which is a loss of credibility.

Instead of austerity and pretence, a credible rescue should start with growth and, where it is unavoidable, a serious restructuring of debt. Europe must make an honest judgment about which side of the line countries are on. Greece, which is unambiguously insolvent, ought to have a hard but orderly write-down. The latest, inadequate plan for a second Greek bail-out, agreed at a summit in July, should be thrown away and rewritten. But all the other euro members (and on present numbers Portugal is just about in the solvent camp) should be defended with overwhelming financial firepower. All the troubled economies, solvent or insolvent, need a renewed programme of structural reform and liberalisation. Freeing up services and professions, privatising companies, cutting bureaucracy and delaying retirement will create conditions for renewed growth—and that is the best way to reduce debts.

The recapitalisation of Europe’s banks must be based on proper stress tests (which should this time include possible default on Greek sovereign debts). Some banks may be able to raise money in the equity markets, but the most vulnerable will need government help. Core countries like Germany and the Netherlands have enough cash to look after their own banks, but peripheral governments may need euro-zone money. Ideally that would come from the European Financial Stability Facility (EFSF), whose overhaul was the most useful thing to emerge from the July summit. But it also makes sense to set up a euro-zone bank fund, together with a euro-zone bank-resolution authority. That is part of the longer-term institution building. However, the ECB could help the banks by giving a commitment to provide unlimited liquidity for as long as it is required, rather than a rolling six months, as now.

None of this will work unless the Europeans create a firewall around the solvent governments. That means shoring up euro-zone sovereign debt. Spain and Italy owe €2.5 trillion. What if the markets suddenly took fright over Belgium or France? Some have argued for a system of Eurobonds in which every country’s debt is backed by all. But the political oversight to ensure that high-spending countries do not fritter away other people’s money would take years to sort out—and one thing the euro zone does not have is time. The answer is to turn to the only institution that can credibly counter a collective loss of confidence on such a scale.