The Mystery of Borderline Personality Disorder 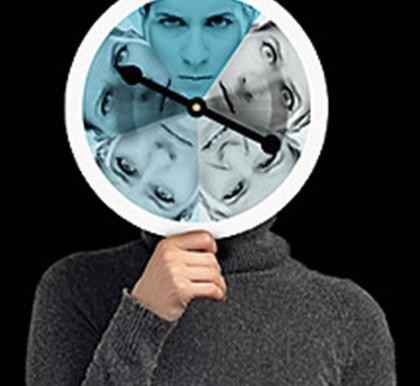 Because our knowledge of the mind"s afflictions remains so limited, psychologists — even when writing in academic publications — still deploy metaphors to understand difficult disorders. And possibly the most difficult of all to fathom — and thus one of the most creatively named — is the mysterious-sounding borderline personality disorder (BPD). Borderline individuals have no emotional skin. Even the slightest touch or movement can create immense suffering."

Borderlines are the patients psychologists fear most. As many as 75% hurt themselves, and approximately 10% commit suicide — an extraordinarily high suicide rate. Borderline patients seem to have no internal governor; they are capable of deep love and profound rage almost simultaneously. They are powerfully connected to the people close to them and terrified by the possibility of losing them — yet attack those people so unexpectedly that they often ensure the very abandonment they fear. When they want to hold, they claw instead. Many therapists have no clue how to treat borderlines. And yet diagnosis of the condition appears to be on the rise.

A 2008 study of nearly 35,000 adults in the Journal of Clinical Psychiatry found that 5.9% — which would translate into 18 million Americans — had been given a BPD diagnosis. As recently as 2000, the American Psychiatric Association believed that only 2% had BPD. BPD has long been regarded as an illness disproportionately affecting women, but the latest research shows no difference in prevalence rates for men and women. Regardless of gender, people in their 20s are at higher risk for BPD than those older or younger.

No one knows exactly what causes BPD, but the familiar nature-nurture combination of genetic and environmental misfortune is the likely culprit. Linehan has found that some borderline individuals come from homes where they were abused, some from stifling families in which children were told to go to their room if they had to cry, and some from normal families that buckled under the stress of an economic or health-care crisis and failed to provide kids with adequate validation and emotional coaching. "The child does not learn how to understand, label, regulate or tolerate emotional responses, and instead learns to oscillate between emotional inhibition and extreme emotional lability," Linehan and her colleagues write in a paper to be published in a leading journal, Psychological Bulletin.

There are several theories about why the number of borderline diagnoses may be rising. A parsimonious explanation is that because of advances in treating common mood problems like short-term depression, more health-care resources are available to identify difficult disorders like BPD. Another explanation is hopeful: BPD treatment has improved dramatically in the past few years. Until recently, a diagnosis of borderline personality disorder was seen as a "death sentence," as Dr. Kenneth Silk of the University of Michigan wrote in the April 2008 issue of the American Journal of Psychiatry.

Therapeutic advances have changed the landscape. Since 1991, as Dr. Joel Paris points out in his 2008 book, Treatment of Borderline Personality Disorder, researchers have conducted at least 17 randomized trials of various psychotherapies for borderline illness, and most have shown encouraging results.

Still, the rise in borderline diagnoses may illustrate something about our particular historical moment. Culturally speaking, every age has its signature crack-up illness. In the 1950s, an era of postwar trauma, nuclear fear and the self-medicating three-martini lunch, it was anxiety. During the '60s and '70s, an age of suspicion and Watergate, schizophrenics of the One Flew Over the Cuckoo's Nest sort captured the imagination — mental patients as paranoid heroes. In the '90s, after serotonin-manipulating drugs were released and so many patients were listening to Prozac, thousands of news stories suggested, incorrectly, that the problem of chronic depression had been finally solved. Whether driven by scary headlines, popular movies or just pharmacological faddishness, the decade and the disorder do tend to find each other.

So, is borderline the illness of our age? When so many of us are clawing to keep homes and paychecks, might we have become more sensitized to other kinds of desperation? In a world so uncertain, maybe it's natural to lose one's emotional skin. It's too soon to tell if that's the case, but BPD does have at least one thing in common with the recession. As Dr. Allen Frances, a former chair of the Duke psychiatry department, has written, "Everyone talks about [BPD], but it usually seems that no one knows quite what to do about it."