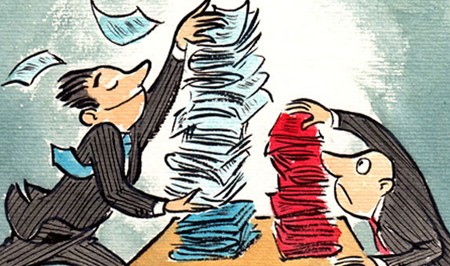 ON AUGUST 15th Google bid $12.5 billion for Motorola Mobility, a troubled American maker of mobile phones. If the purchase goes through, it will be Google’s largest ever acquisition, almost doubling the size of its workforce. The attraction for the internet giant is not the handset-maker’s 19,000 employees nor its 11% share of America’s smartphone market, but its portfolio of 17,000 patents, with another 7,500 in the pipeline. This will bolster Google’s puny arsenal of around 2,000 patents, hugely strengthening its position in current and future legal battles with its more heavily armed industry rivals. Having been defeated in a recent auction of patents belonging to Nortel, a defunct Canadian telecoms firm, Google was clearly desperate to win Motorola’s portfolio: its offer valued the company’s shares at a 63% premium over their closing price the previous Friday evening.

The basic idea of patents is a good one: an inventor is granted a limited monopoly (20 years, in America and elsewhere) over a technology in return for disclosing the details of its workings, so that others can build upon the invention. Advanced technologies are thus made widely available, rather than remaining trade secrets, spurring further innovation. In some industries, notably pharmaceuticals, it is doubtful that the huge investments needed to develop new products would be made without the prospect of patent protection.

In recent years, however, the patent system has been stifling innovation rather than encouraging it. A study in 2008 found that American public companies’ total profits from patents (excluding pharmaceuticals) in 1999 were about $4 billion—but that the associated litigation costs were $14 billion. Such costs are behind the Motorola bid: Google, previously sceptical about patents, is caught up in a tangle of lawsuits relating to smartphones and wants Motorola’s huge portfolio to strengthen its negotiating position.

What has gone wrong? The prizing of patent quantity rather than quality—lawyers are said to compare portfolios by measuring the heights of their respective piles—is one cause for concern. A second is the rise in dubious patents, particularly in the fields of software and business methods, that should never have been awarded. This leads to the third: the growing problem of “patent trolls”, or firms that treat patents as lottery tickets and file expensive, time-consuming lawsuits against companies that have supposedly infringed them.

A patent-reform act is about to be passed in America, but it has been so watered down that it will fail to make much difference. Three much bolder reforms are needed.

First, patents in fields where innovation moves fast and is relatively cheap—like computing—should have shorter terms than those in areas where it is slower and more expensive—like pharmaceuticals. The divergent interests of patent-holders in different industries have held up reform, but there is no reason why they should not be treated differently: such distinctions are made in other areas of intellectual-property law. Second, the bar for obtaining a patent, particularly for software or business methods, should be much higher (as it is in other countries), and the process of re-evaluating bad patents should be more open and efficient. Finally, there should be greater disclosure requirements of the ownership of patent portfolios, and patent cases should be heard by specialised courts (as happens in other areas of law), rather than non-expert juries in advantageous jurisdictions in Texas. That would make life harder for trolls. These fixes would help America’s patent system encourage innovation rather than litigation.