Why Laughing at Yourself May Be Good for You? 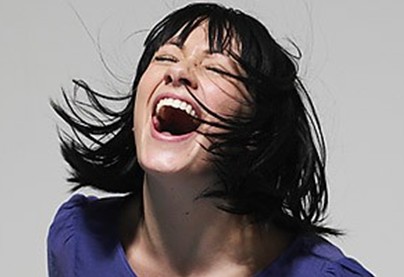 In these gloomy, uncertain times, the ability to have a good laugh — especially at your own expense — may be essential for survival. But are people really capable of having a sense of humor about themselves?

In the first-ever study of its kind, Ursula Beermann of the University of California, Berkeley, and Willibald Ruch of the University of Zurich studied 70 psychology students to gauge their ability to laugh at themselves. The findings support what has long been believed: that being able to laugh at oneself is not only a distinct trait, but is also linked with having an upbeat personality and good mood and may be the foundation for a good sense of humor.

Participants in the study were asked to rate their ability to see the humor in their own plight. They also designated one or two friends to rate them on the same characteristic.

While the students were filling out these questionnaires on a computer, its camera surreptitiously photographed their faces. The pictures were then altered using Mac Photo Booth software to make them look like distorted, funhouse-mirror images.

Afterward, the study participants were asked to rate distorted photos of people they didn"t know. Their own stretched-out images were randomly inserted into the sequence — and that's where the experiment really started. Participants were videotaped as they viewed the images to see whether they laughed or smiled at themselves. The videos were analyzed, using a well-studied rating system of emotional expression, to see how genuine the participants' expressions of humor were.

Eighty percent of participants genuinely smiled or laughed at least once when seeing their own silly image. However, those who claimed to have the ability to laugh at themselves — and whose friends' assessments matched their own — genuinely laughed and smiled more often and more intensely than the others.

Interestingly, however, people's sense of their own ability to laugh at themselves was only somewhat correlated with their friends' ratings, suggesting that people either think they're better at it than they actually are or that they want to present themselves this way.

The study found that people's ability to laugh at themselves had no bearing on how much they laughed or smiled in response to the distorted images of others — that suggests that the phenomenon is a distinct characteristic, one linked with your own mood and personality, rather than the tendency to simply find silly images funny. The finding also underscores the link between humor and humility.

Participants who were able to laugh at themselves more also tended to be more cheerful and less serious overall, and were in better moods on the day of the experiment, the study found.

Although studying people's sense of humor may seem like a trivial pursuit, it has important implications for health. Laughter, smiling and optimism are linked to better overall health. And "getting" certain types of jokes requires important social skills that can be impaired in conditions like autism and schizophrenia. Understanding the mechanics of humor may shed light on what goes wrong in those cases.

And sometimes, we just need a reminder to take everything — including ourselves — less seriously.