The Then and Now of Memory 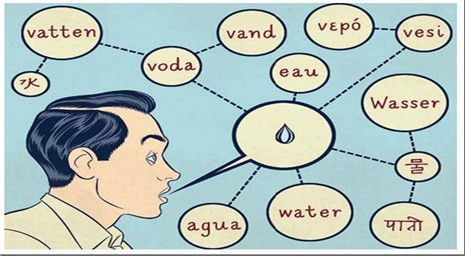 Researchers have long known that the brain links kinds of new facts, related or not, when they are learned about the same time. Just as the taste of a cookie and tea can start a cascade1 of childhood memories, so a recalled bit of history homework can bring to mind a math problem.

For the first time, scientists have recorded traces in the brain of that kind of contextual2 memory, the kaleidoscope3 of thoughts and emotions that surrounds every piece of newly learned information. The recordings, taken from the brains of people awaiting surgery for epilepsy4, suggest that new memories of even abstract facts are encoded5 in a brain-cell sequence that also contains information about what else was happening during and just before the memory was formed.

The new study suggests that memory is like a streaming video6 that is bookmarked7, both consciously and subconsciously8, by facts, characters and thoughts. Experts cautioned that the new report falls short of1 revealing how contextual memory and different cues interact; some words might throw the mind into a vivid reverie2, while others do not.

“It’s a demonstration of this very cool idea that you have remnants3 of previous thoughts still rattling around4 in your head, and you bind5 the representation of what’s happening now to the embers6 of those old thoughts,” said Ken Norman who did not participate in the study. “I think they have very good evidence that this process is crucial to recording your memories.”

In the new study, doctors from the University of Pennsylvania and Vanderbilt University took recordings from tiny electrodes7 implanted8 in the brains of 69 people with severe epilepsy. The implants allow doctors to pinpoint9 the location of the flash10 floods11 of brain activity that cause epileptic12 seizures13.

The patients performed a simple memory task. They watched a series of nouns appear on a computer screen, and after a brief distraction14 recalled as many of the words as they could, in any order. Repeated trials, with different lists of words, showed a predictable effect: The participants tended to remember the words in groups, beginning with one and recalling those that were just before or after.

This pattern, which scientists call the contiguity15 effect16, is similar to what often happens in the card game concentration, in which players try to identify pairs in a grid17 of cards lying face-down. Pairs overturned close are often remembered together.

Recording from the electrodes, the researchers looked for a neural18 pattern that had a very distinct signature19 — it updated continually. They found a strong signal in the temporal lobe20 of the brain. When participants recalled a word — “cat,” for example — the pattern in this region looked identical to when “cat” was originally seen on the computer screen.

The way the process works, the authors say, is something like reconstructing a night’s activities after a hangover1: remembering a fact (a broken table) recalls a scene (dancing), which in turn brings to mind more facts — like the other people who were there. Sure enough, the people in the study whose neural updating signals were strongest showed the most striking2 pattern of remembering words in groups.

“When you activate one memory, you are reactivating a little bit of what was happening around the time the memory was formed,” Dr. Kahana said, “and this process is what gives you that feeling of time travel.” (593 words)