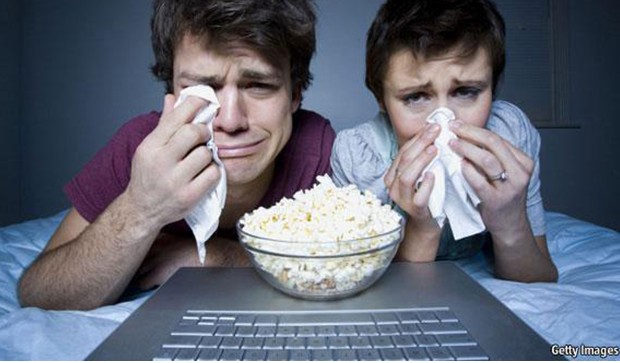 THOUGH they pay way too much for their web connections and put up with wimpy broadband speeds compared with people elsewhere, the vast majority of Americans have at least been able to download all they can eat from the internet for a fixed monthly fee. Throughout North America, internet service providers (ISPs) have tended to shy away from the kind of monthly download limits and metered pricing widely accepted elsewhere. On May 2nd, however, the country’s era of carefree internet surfing began finally to draw to a close. One of the leading carriers, AT&T, announced that, henceforth, it was introducing monthly data caps on subscribers using its fixed-line connections (as it already does with its mobile services). Those exceeding the data ceiling would be charged accordingly. Comcast, the country’s biggest cable TV company and ISP, started imposing a monthly download limit on residential customers back in 2008—in a bid to crack down on a tiny minority of users who consumed a disproportionate amount of bandwidth. The Federal Communications Commission (FCC) subsequently ordered Comcast to cease doing so. Limiting the amount of data subscribers could download, or throttling their download speeds, was seen as a breach of network neutrality, the principle that no restrictions whatsoever be placed on the content, services or applications carried over the internet.

The original idea of net neutrality was to create a free and open internet. In that, it succeeded beyond anyone’s wildest dreams—and ushered in an era of unprecedented online innovation and business activity. Unfortunately, the original concept had an inherent flaw: demand for internet bandwidth would rise inevitably at an unsustainable rate. This is precisely what has happened. Under AT&T’s new policy, customers using digital subscriber line (DSL) connections to the internet will have a monthly download limit of 150 gigabytes. Customers with “U-verse” connections will have a 250-gigabyte cap. Subscribers will be charged overage fees only after they have exceeded the limit three times. By any measure, that is remarkably generous. But downloading movies is not the only thing clogging the internet. People are using a lot more bandwidth than they did in the past on other things—often without realising it.  The problem is that online consumers have come to expect instant access to everything that catches the eye. The preference now is for streaming—so videos, movies or games can be consumed in real time—rather than downloading for later viewing. The streaming technology has become so slick, the price of the content so cheap and the selection of material so wide that downloading bootlegged videos courtesy of some clunky peer-to-peer client is no longer worth the hassle.  The downside is that the demand for instant access to content on the web incurs considerable hidden costs. When everyone wants to stream their favourite television show from Hulu or latest movie from Netflix at the same time, the internet chokes. The only solution is to rein in the greediest users, while continuing to invest in additional network infrastructure to handle the explosion in video traffic—now growing at over 200% a year. Is net neutrality heading for the trash can? It would certainly seem so. Cyrus Mewawalla of CM Research, an investment-research boutique in London, believes that net-neutrality rules that prevent telecoms firms from providing preferential access for specific internet traffic are poised to collapse around the world. As Mr Mewawalla sees it, net neutrality has created a massive industry bottleneck which, under normal circumstances, would be solved by allowing the ISPs to charge more for carrying high-priority traffic (ie, streaming video). As the net-neutrality rules prevent that from happening, they will have to be revised yet again or simply ignored. The betting is the latter.