For the Young, There’s a Silver Lining in the Housing Bust 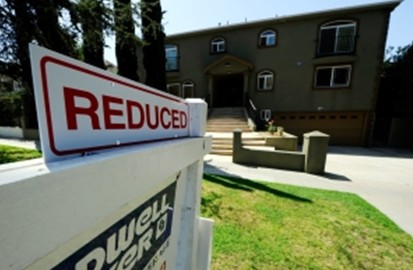 If you’re a 20-something or even younger, your economic future is at best clouded. Your taxes will almost certainly be higher than today’s; your public services (schools, police, sanitation, defense, scientific research) will almost certainly be lower. Paying for old people, covering rising health-care costs, repairing dilapidated roads and servicing government pensions and the huge federal debt will squeeze take-home pay. Is there any hope for economic gains?

Well, yes — and from a surprising source. Housing. Say what?

Almost everyone considers the housing collapse a disaster, and it is. Since 2007, roughly 8 million homes have gone into foreclosure. Housing prices are down about 33 percent from their 2006 peaks. They’re still falling, albeit at a slower pace. In some cities, they’re at or below 2000 levels. Home sales are stunted, and construction is a quarter of its previous peak. Housing’s implosion retards the economic recovery.

But housing’s troubles may have a silver lining. If you’re a homeowner, the steep fall in prices is calamitous. But if you’re a future buyer, it’s a godsend. What we’re seeing is a massive wealth transfer from today’s older homeowners to tomorrow’s younger homeowners. From year-end 2006 to 2010, housing values fell $6.3 trillion, reports the Federal Reserve. Assuming there’s no sharp rebound in prices — a good bet — that’s $6.3 trillion the young won’t pay.

Up to a point, the lower home prices merely deflate the artificial “bubble.” But there’s evidence that the declines transcend that. The National Association of Realtors routinely publishes a housing “affordability” index, which judges the ability of median families to buy the median-price home at prevailing interest rates. By this measure, existing homes are the most affordable since the index started in 1970.

Falling real estate prices have also affected new homes. They’re getting smaller and less embellished, as they must. New homes typically sell at a 10 to 20 percent premium over comparable existing homes. If prices don’t fall, buyers won’t buy. From 1973 to 2007, the size of the average new home grew by about 50 percent, from 1,660 square feet to 2,521 square feet. By 2009, that was 2,438 square feet, with more declines expected.

If the housing collapse mutes this self-defeating syndrome, the main beneficiaries will be today’s young. Their homes will be somewhat cheaper and smaller; their operating costs (mainly utilities) will be somewhat lower. The sacrifices in living standards will be barely noticeable, and the savings — housing, after all, represents most families’ largest expense — will provide some relief from higher taxes and health costs.

Caveats apply. Housing markets are famously local; what’s true in one won’t be true in another. Moreover, the housing bust still looms large. The young are staying or returning home; new household formations are less than half of previous levels. Mortgage credit is constricted. Private lenders, once promiscuous with loans, are now prudish. The price adjustment, especially for new homes, is incomplete. Unless these problems are overcome, housing construction will remain depressed. Eventually, the scarcity of homes would push prices up.

But crises pass and have unintended consequences. The young just might catch a much-needed break from this one.