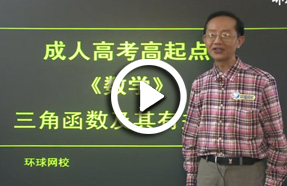 The famous American gorilla（大猩猩） expert Diane Fossey had a completely new way to study gorillas — she pretended to be one of them. She copied their actions and way of life — eating plants and getting down on her hands and knees to walk the way a gorilla does. It was a new relationship.

Diane Fossey was murdered in Rwanda in 1985 and her story was made into the popular film Gorillas in the Mist. It was a long way from King Kong， which is about a gorilla as a monster （a frightening animal）， and helped to show a new idea： the real monster is man， while the gorilla is to be admired.

Today there are thought to be around 48，000 lowland gorillas and maybe 400—450 mountain gorillas in the wild. From the Congo in West Africa， to Rwanda and Uganda further east， they are endangered by hunting and by the cutting down of their forest homes.

Some time ago， I found in my letterbox a little magazine from the World Wide Fund for Nature. It had two photos side by side. One was of a young gorilla. “This is a species of mammal（哺乳类动物），” said the words below it. “It is being destroyed by man. We must save it for our own good.” The other photo showed a human baby. The words also read， “This is a species of mammal，” but then went on： “It is the most destructive（破坏性的） on earth. We must retrain it for its own good.”

A. Diane FosseyB. the gorillas in Rwanda

C. the protection of the gorillasD. the film Gorillas in the Mist

C. King Kong showed us that a gorilla is admirable

D. Diane Fossey was murdered by a gorilla

3.What message can we get from the two photos in the magazine？

B.Both man and the gorilla need to be saved.

C.Young gorillas are as lovely as human babies.

D. Man should live peacefully with the gorilla.