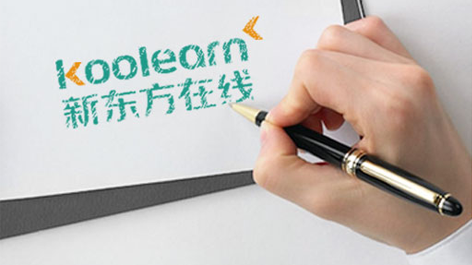 [E]... at the same sluggish pace as the retail market, but the figures, when added together, mask two opposing trends.而A段开头则是

[A] The first and more important is the consumer's growing preference for eating out: consumption of food and drink in places other than homes has risen from about...

The following paragraphs are given in a wrong order. For Questions 41-45, you are required to reorganize these paragraphs into a coherent text by choosing from the list A-G and filling them into the numbered boxes. Paragraphs A and E have been correctly placed. Mark your answers on the ANSWER SHEET. (10 points)

[A] Some archaeological sites have always been easily observable - for example, the Parthenon in Athens, Greece; the pyramids of Giza in Egypt; and the megaliths of Stonehenge in southern England. But these sites are exceptions to the norm. Most archaeological sites have been located by means of careful searching, while many others have been discovered by accident. Olduvai Gorge, an early hominid site in Tanzania, was found by a butterfly hunter who literally fell into its deep valley in 1911. Thousands of Aztec artifacts came to light during the digging of the Mexico City subway in the 1970s.

[B] In another case, American archaeologists René Million and George Cowgill spent years systematically mapping the entire city of Teotihuacán in the Valley of Mexico near what is now Mexico City. At its peak around AD 600, this city was one of the largest human settlements in the world. The researchers mapped not only the city's vast and ornate ceremonial areas, but also hundreds of simpler apartment complexes where common people lived.

[C] How do archaeologists know where to find what they are looking for when there is nothing visible on the surface of the ground? Typically, they survey and sample (make test excavations on) large areas of terrain to determine where excavation will yield useful information. Surveys and test samples have also become important for understanding the larger landscapes that contain archaeological sites.

[D] Surveys can cover a single large settlement or entire landscapes. In one case, many researchers working around the ancient Maya city of Copán, Honduras, have located hundreds of small rural villages and individual dwellings by using aerial photographs and by making surveys on foot. The resulting settlement maps show how the distribution and density of the rural population around the city changed dramatically between AD 500 and 850, when Copán collapsed.

[E] To find their sites, archaeologists today rely heavily on systematic survey methods and a variety of high-technology tools and techniques. Airborne technologies, such as different types of radar and photographic equipment carried by airplanes or spacecraft, allow archaeologists to learn about what lies beneath the ground without digging. Aerial surveys locate general areas of interest or larger buried features, such as ancient buildings or fields.

[F] Most archaeological sites, however, are discovered by archaeologists who have set out to look for them. Such searches can take years. British archaeologist Howard Carter knew that the tomb of the Egyptian pharaoh Tutankhamun existed from information found in other sites. Carter sifted through rubble in the Valley of the Kings for seven years before he located the tomb in 1922. In the late 1800s British archaeologist Sir Arthur Evans combed antique dealers' stores in Athens, Greece. He was searching for tiny engraved seals attributed to the ancient Mycenaean culture that dominated Greece from the 1400s to 1200s BC. Evans's interpretations of these engravings eventually led him to find the Minoan palace at Knossos (Knosós), on the island of Crete, in 1900.

[G] Ground surveys allow archaeologists to pinpoint the places where digs will be successful. Most ground surveys involve a lot of walking, looking for surface clues such as small fragments of pottery. They often include a certain amount of digging to test for buried materials at selected points across a landscape. Archaeologists also may locate buried remains by using such technologies as ground radar, magnetic-field recording, and metal detectors. Archaeologists commonly use computers to map sites and the landscapes around sites. Two- and three-dimensional maps are helpful tools in planning excavations, illustrating how sites look, and presenting the results of archaeological research.

[A] Some archaeological sites

[F] most archaeological sites, however