Walls Have Eyes: How Researchers Are Studying You on Facebook 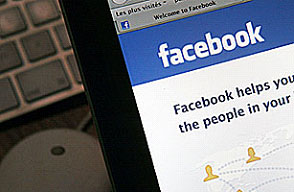 Before he became the new face of right-wing extremism in Europe, Anders Behring Breivik was just another guy airing his anti-immigration views online. On Monday, Breivik, who admitted to a killing spree in Norway which left 77 people dead, faced his first public-court hearing. While Breivik may have acted alone, he was far from alone in cyberspace: he had spent much of the time leading up to his attack at his computer, chatting with some of the millions of nationalists who support right-wing groups on social-networking sites. After this summer"s tragedy, researchers wanted to find out more about these people. But how to find them? Easy — just log on to Facebook.

"We realized that it wasn't that difficult to get to them at all," says Jamie Bartlett, the lead author of a recently published report on European digital populism. Facebook's stash of personal information is so encyclopedic, says Bartlett, that the researchers could simply use the site's advertising tool to pinpoint their desired demographic with scientific accuracy — the way marketers have been doing for years. Bartlett's team found half a million fans of right-wing groups across Europe and then targeted them with ads, but instead of linking to a new band or diet product, the ads invited users to complete a survey that asked questions about their education level, attitudes toward violence and optimism about their own future.

By reaching out through Facebook, Bartlett and his colleagues were able to survey over 10,000 followers of 14 far-right parties in 11 European countries — all without ever leaving the office. "It's quite a new way of doing research," Bartlett says.

Bartlett' s work is just one example of how Facebook is becoming a hot new tool in the hands of scientists. Think tanks, medical researchers and political scientists are using the site to study everything from health issues to social trends

For some researchers, the beauty of Facebook is that it lets you study people you couldn't approach with a clipboard on the street. "Before, when you tried to survey people from the British National Party, it would be very difficult to identify them. You'd have to go through the party, and they would never allow you access," says Bartlett. "Facebook cuts all that out — you go to them directly."

Others say the site could offer a way to identify and tackle social-health problems. A recent study by Dr. Megan Moreno and her colleagues found that undergraduates who discussed their drunken exploits on Facebook were significantly more at risk for problem drinking than students who were silent on the topic.

Moreno suggests that students' peers could monitor the site and intervene to help a student who posts one too many boozy Status Updates.

There's no guarantee that a research subject is being completely honest even off-line. On Facebook, it's impossible to know how much of a user's profile information and Wall posts are true. "What you say on Facebook and what you do outside of Facebook are two completely different things," says Neil Selwyn, a sociologist. Which is why, despite his years as a technology researcher, Selwyn thinks a clipboard and a pen are still the best research tools anyone can use. "There's no substitute for going into the real world and speaking to real people," he says. "Social research is supposed to be about the social — and a hell of a lot of the social still takes place offline."