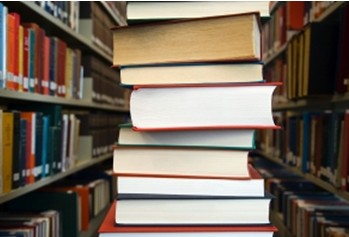 Harold Elder is not your typical Apple fanboy. Yet the 58-year-old University of Alabama economics professor pre-ordered an iPad to make sure he had one of the first ones. The device is “something that I’ve been waiting for for years,” he says. And not, to be clear, merely for reasons of gadget lust. “It really has the possibility of making the learning experience much richer,” says Elder, who is considering testing a new iPad-ready digital textbook in his introductory microeconomics course in the fall of 2010.

“Richer” is certainly the right word to use. App developers aren’t the only ones who greeted the iPad’s release with gratitude and optimism. The textbook industry, too, sees it as a way to woo customers away from the used-book market, boost profits, and help students learn better. It’s a pivotal moment for a segment of the publishing industry that has stubbornly resisted change. Thanks in large part to the iPad and an expected rush of competitor slates, that resistance is crumbling.

There are already digital textbooks available, and their numbers are expected to grow: according to Simba Information, which provides data and research on the media industry, they represent less than 2 percent of textbook sales today, but will reach 10 percent by 2012. That’s where a company like Inkling comes in. Inkling, a 20-person San Francisco startup, and its competitors are working with the textbook publishers to bring their books onto the iPad, iPhone, and other future devices. The aim, says Inkling’s MacInnis, is to harness all the advantages of a multitouch, Web-enabled slate. That means biology students won’t just read about the cardiovascular system; they’ll see video of a beating heart, narrated by a world-class heart surgeon.

Interactivity, though, is only part of the story. Bringing texts onto a digital platform provides an opportunity to make the book as social as the classroom. With Inkling’s technology, for instance, a student can choose to follow another’s “note stream”. Professors get real-time information on how much of the reading assignment the class actually did. All that comes on top of the cost savings: even these advanced digital textbooks will cost less than their print equivalents.

Big publishers like McGraw-Hill, Pearson, and Cengage are locked in a longstanding battle against the used-textbook market. Online textbook-rental companies like Chegg.com offer lower prices than the publishers, and reach a wide customer base. But traditional publishers think technology will be their salvation. There’s no such thing as a “used” e-book, and digital textbooks are the center of a whole ecosystem of services that publishers hope will be profitable. “We’re becoming a software service company instead of a textbook company,” says Peter Davis, president of McGraw-Hill Education.

But what about the students? Are manipulable molecules just digital eye candy or real improvements to the learning process? Diana Rhoten, an education researcher and cofounder of Startl, notes that different students have different learning styles. Some are just fine reading text, while others prefer audiovisual aids, and kinesthetic learners need to interact with something. “In a digital book, I have all of those modalities available to me,” she says.